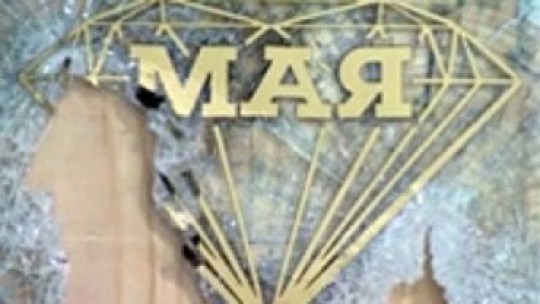 Four masked men armed with sledgehammers forced their way into a jewellery store, smashing glass display cabinets and grabbing gold bangles and rings. The store's Smoke Screen system was activated, instantly stopping the raid and forcing the attackers out with only a small handful of goods.

Proprietor Mahul Visram remained calm and directed his staff and customers to safety, 'we heard the loud bang on the front door when they hit it with the big hammer. We have a door entry system and the glass in the door is tough, but they still got inside. I called the members of staff to the back of the shop so they would be safe. Fortunately, nobody was injured. We had a couple of customers in at the time and they were both safe as well. I didn't hear what the raiders were shouting because I was too busy telling my staff to get out of their way.'

When everyone was at the back of the store, Mr Visram activated the Smoke Screen defences, filling the store in seconds with a dense fog. The non-toxic fog is designed to remove goods from view, shield personnel and basically strip attackers of their biggest weapon 'speed' and escalate their biggest enemy 'time'.

'The smoke seemed to drive them away and that was it. It was all over in maybe 10 seconds,' Mr Visram continued.

The robbers fled in a silver Peugeot 306 which was parked outside the shop, at the junction with Roberts Road. Police have asked witnesses to call Crimestoppers on 0800 555111.

Check out the footage on our video blog.