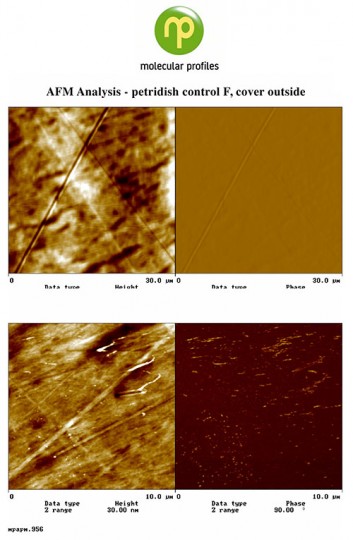 We promise that our Smoke Screen units will leave behind no residue after they've been activated. Our smoke causes no damage to surfaces and is completely safe.

What does this mean?

An independent report was conducted by Dr. Shen of Molecular Profile Services to confirm our guarantees of non-contamination. They were considering using security smoke as a method of security in their laboratories.

The technique used was Atomic Force Microscopy. Please note: these tests were not carried out on behalf of Concept Smoke Screen. They were purely to ascertain the suitability of security smoke in MPS environments and on MPS equipment.

This is what Dr. Shen had to say after the results came in, "thanks for the test samples. We have carried out AFM which is a sensitive test for, amongst other things, surface contamination. Two of the test samples were contaminated before the smoke test. This shows how sensitive the technique is! However, the control petri dish - plastic containers - were clean and so a meaningful comparison could be made. I have included two sets of images: control and exposed. I am please to say that these show that there are no signs of contamination that could be associated with your smoke particles."

This related to smoke concentration that was probably 5 to 10 times greater than normally required for security (visibility through the smoke circa 50mm!) 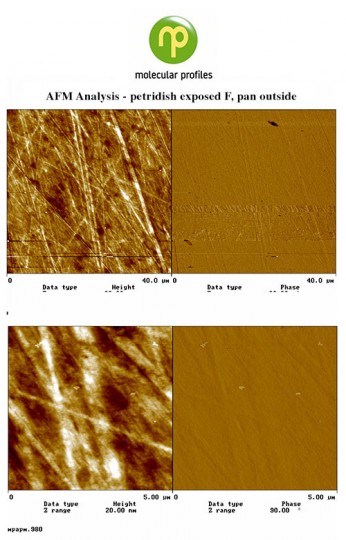