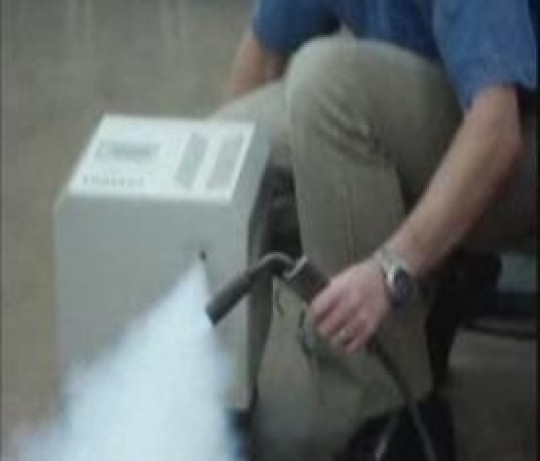 After a request from a major UK insurer, we undertook a test where we presented a flame to the fog produced by one of generators.

The insurer had heard a rumour that security fog could be defeated by presenting a blowtorch to the "jet" of fog. The theory was that as the fog is water-based, the heat would evaporate it.

The video found at this link shows that the blowtorch has absolutlely no impact on the fog whatsoever.