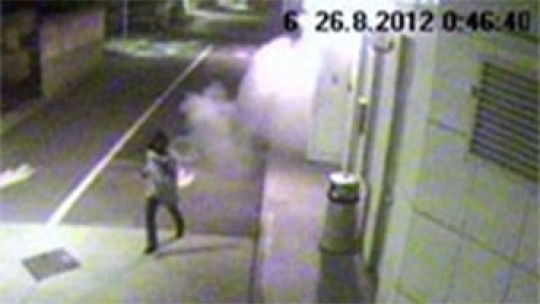 Our Slovenian partner SG Biro have reported another success. They stopped an attempted burglary at a service station in May. A man dressed in dark clothing and wearing a balaclava forced his way through the glass doors at the front of store only to leave seconds later when the Smoke Screen went off. This quick and efficient activation prevented any significant damage and repelled the intruder, nothing was taken allowing the service station to open the following day. Good job guys!