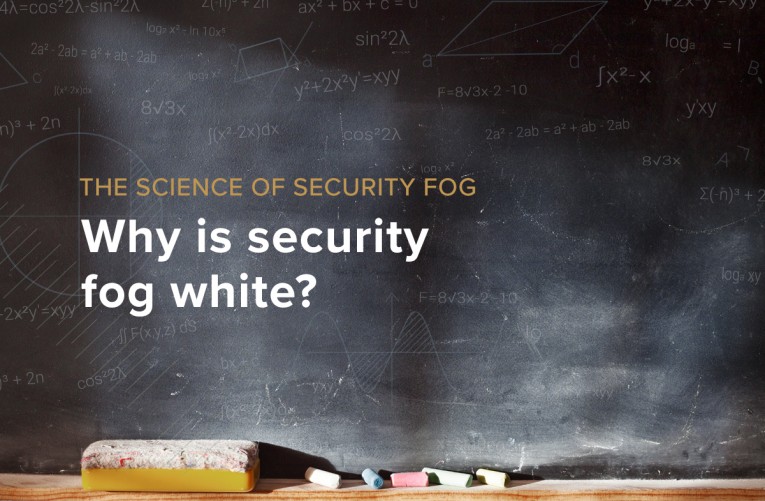 In this series of articles, the Science of Security Fog, we will address the many technical questions people ask when they are thinking about investing in security fog to protect their home or business. We've spent decades studying the science behind this security technology, and we're eager to share our knowledge and expertise with you so that you can have an even better understanding of how our security fog generators work - and why they're so effective at preventing break-ins and crime.

In our first article, we're answering the question: 'Why is security fog white?'

If you opened up a container of the fluid that goes into our Smoke Screen generators, you would find that it is clear - so why is the fog that the machine produces white?

The answer lies first in the heater block, the part of the generator that turns the fluid into fog. The fluid is passed through the heater block under pressure, vaporising it. When released from the Smoke Screen at high velocity, the vapour condenses in the cooler air, creating a fog made up of microscopic droplets. The droplets are suspended in the air, forming what appears to be a dense barrier. This barrier looks white because of the way light interacts with the droplets. 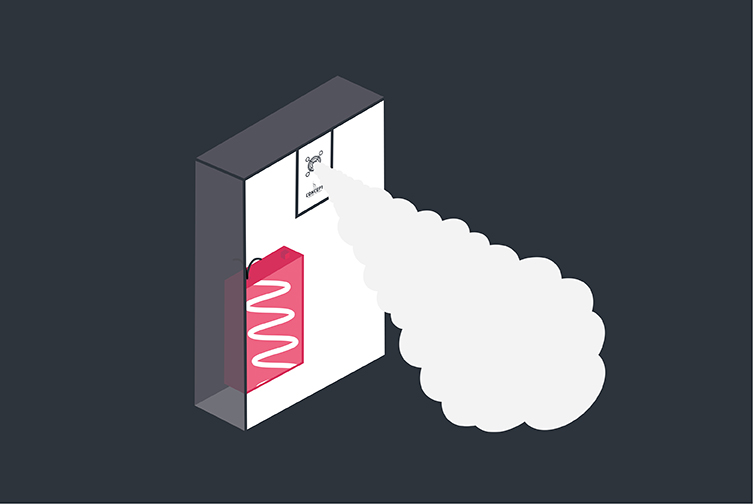 The droplets that make up our security fog are actually transparent, but they appear white because they are a very particular size - a size optimal for what is known as 'Mie scattering'.

As you may recall from school physics lessons, visible light is a spectrum made up of red, orange, yellow, green, blue and violet lights, which when combined form a white light. You can see how white light is split into this spectrum of colours when it is refracted through a prism. 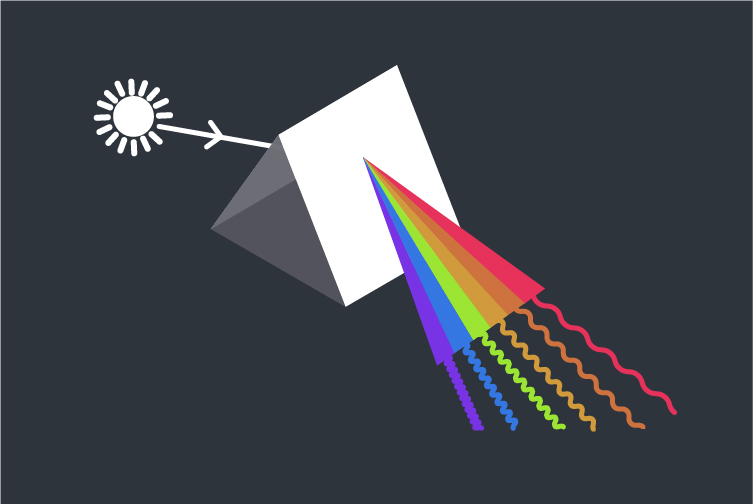 Each colour in the visible spectrum has a different wavelength. Red light has the longest wavelength, while blue has the shortest. It is this difference in wavelength that causes light to appear as different colours when it interacts with an object like a prism or, in the case of security fog, a spherical particle.

When white light is scattered through particles, the size of the particle determines what colour we see. Very small particles - such as those in the atmosphere - scatter shorter wavelengths more efficiently (6 times more efficiently, in fact), which is why we see the sky as being blue (incidentally, this is also known as Rayleigh scattering).

The closer a particle is in size to the wavelength (Mie scattering), the more uniform the scattering will be, creating a whiter light. This is why the sky appears whiter on a cloudy day, because clouds are made up of bigger particles than those in the atmosphere. 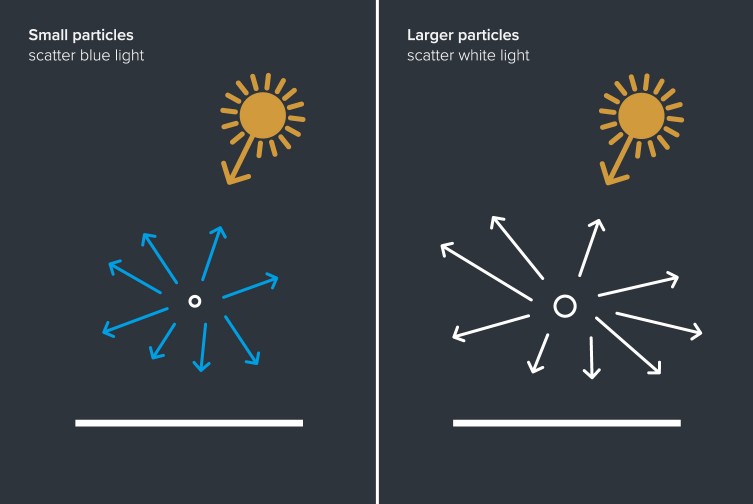 In a similar way, security fog particles are larger than those in the atmosphere - in fact, they are engineered to be exactly the right size to create the obscuring effect that makes this technology work.

Getting the particle size right is a delicate balancing act. If the particles are too small, they will generate only blue or violet light. If they are too large, they will sink more rapidly through the air and will leave a residue behind. Particles that are just the right size will generate an obscuring white light, hang in the air for a much longer time, and give you a dry fog.

Our experts ensure that the droplets in our security fog are just big enough to scatter the entire visible light spectrum uniformly, creating the bright white obscuring effect - while being small enough to not leave any residue behind. 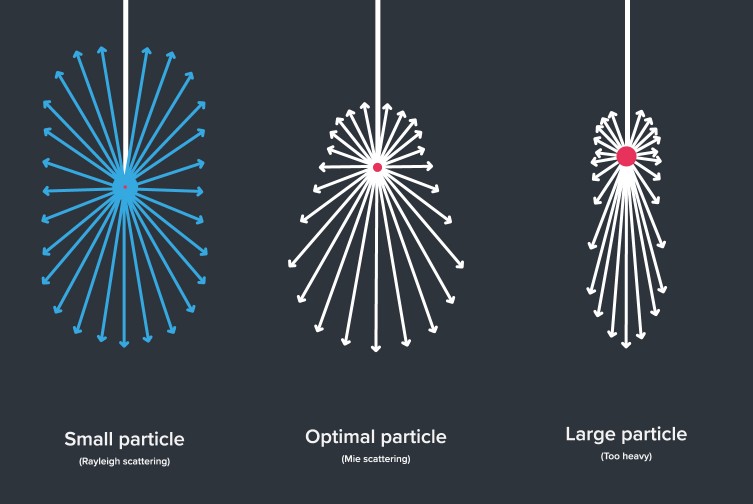 If, like us, you're fascinated by the science of security fog, get in touch today to ask your questions about how our security fog devices can keep you, your people and your property safe. You may see your question answered later in this series, so be sure to keep reading.