Prepare for the worst, then deliver your best 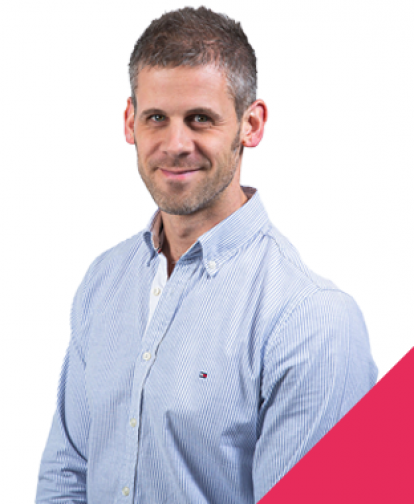 This article is written by our guest contributor, James Mitchell - Sport Bike Shop.

For the first time ever, we were going backwards

Like most UK businesses I would imagine, we hadn't really noticed any effects as a result of the early spread of the virus. Everyone was following the headlines, but for the most part, it was business as usual. The first time we did see an impact on sales, there was no doubt as to the cause. Towards the end of February, online orders started to slow down rapidly as the nation entered the first period of uncertainty, presumably as people started to realise that the threat from the virus was actually real.

We began to prepare a new budget for the coming months. Based on the change in numbers we were seeing, and with a healthy dose of pessimism, we forecasted our sales to half. This was the first time in the company's history that we were selling less than in the same period the prior year, and stranger still, we were also planning for it to get far worse.

At this time, our retail stores were still open, but our retail staff were getting increasingly concerned about the conduct of the general public. Whilst most were very respectful of the newly introduced social distancing etiquette, there were a few that thought it was a joke, and would happily ignore any floor markings designed to keep people a safe distance apart. For a lot of our retail staff, this turned what was once an enjoyable and sociable job into something quite different.

Around the middle of March, and inline with government recommendations, any staff members that could work from home were asked to do so. This left our offices virtually deserted, with only the warehouse team and senior management remaining in the building. Thank goodness for modern telephone systems that work exactly the same from home as they do from the office! Understandably, there was growing fear amongst the remaining staff, both for their own safety, and for the security of their jobs. Over the years, we have consistently created employment opportunities, and with over 130 staff, have never made anyone redundant - but we have also never traded through a pandemic.

When the government introduced the Coronavirus Job Retention Scheme, we knew that it was likely we were going to need it. Our sales were still down, and for safety reasons, it made sense to have as few people in the warehouse as possible. I remember us having a meeting in the middle of our dispatch area to discuss this with the team. We gave everyone the choice to either remain at work, or if they were particularly anxious about the virus, had health issues, or were living with vulnerable people, they could choose to be furloughed. Unsurprisingly, several people jumped at the chance to head home.

On March 22nd, after much deliberation, we decided to close all of our shops, and furloughed our retail teams. We did this for a couple of reasons. Firstly, our retail staff were increasingly uncomfortable about being face to face with a stream of customers each day - and secondly, it just seemed like the right thing to do. Most frustrating was the fact we had just completed the fitout of our brand new store in Reading; it was due to open on April 1st, no joke! The very next day after taking this difficult decision, amongst other measures introduced in the first lock down, Boris called for all non-essential retail to close, and the rest of the market had to follow.

As we entered April, the decline in sales had stopped, and instead, there was a slow but steady recovery underway. However, we were not prepared for the recovery to happen quite so quickly. We were never going to complain of course, but as the recovery continued throughout the month, it became extremely busy once again, but at this stage, it was still manageable.

Our market share of physical retail in the motorcycle clothing and accessory market is growing, but still relatively small. In the online world though, things are different. We are by far the largest online retailer in the UK, with a market share significantly greater than our next five biggest competitors combined. With Boris shutting all but essential retail, and now effectively paying people to stay at home, what is a bored biker to do? They buy new gear online, and a lot of it, evidently!

Now into May, we were asking anyone able and willing to do so to return to work as quickly as possible. Sales were still increasing strongly and were showing no sign of slowing down. I spent six weeks working in our goods-in department along with the rest of the senior management team, some of whom spent five months there, helping to keep the boxes moving. At one point, we employed twelve people in a single week to join the team in an attempt to prevent our customer service levels slipping, and this was in addition to members from other teams being redeployed within the warehouse and customer service. At peak times we were despatching over 3,000 parcels a day, and thanks to the efforts of our seriously hard-working team, we didn't miss a single next-day delivery promise to our customers.

June was our busiest month of 2020 and also our busiest month in the history of the company. Our sales were up 100% year-on-year and it had just about exposed every single crack in our operation. This was a great opportunity for us to learn. It had been a few years since I had worked in the warehouse, and it was a serious eye opener in terms of realising some of the inefficiencies our team had become used to working with. To add to the pressure, non-essential retail stores were now allowed to reopen meaning as well as keeping up with customer demand online, we now had to prepare to ship thousands of items to stock our Reading store, which finally opened its doors to the public on June 29th.

There is no doubt that the pandemic and subsequent periods of lockdown have done irreparable damage to the high street. We can see that a huge channel shift has taken place during these times, and although it feels wrong to have benefited from a global catastrophe, there is no denying that ultimately, it has been good for business. Despite this shift, we still strongly believe in the future of physical retail, but the importance of a prominent web presence to accompany this has never been so clearly illustrated. We are so confident in the future of our stores that during the lockdown, we took the opportunity to complete the lease on a new retail location in Bristol. Having now been fully fitted out and stocked, similarly to Reading, it sits waiting to welcome its first customers as soon as it is legal to do so. There are also another two stores in the pipeline for 2021.

During the period of 2020 where our stores were operating normally, they exceeded expectations, and in some months, they outperformed their budgets by up to 50%. We believe that the initial surge was, in part, due to the fact people had been locked down and were desperate to get out on their bikes. As a result of the strict social distancing measures in place, our store in Boston was seeing queues of up to two hours, but it didn't seem to deter people. Our other stores were experiencing similar shows of dedication from our customers. Whilst I can't speak for other verticals, for us, this proves that there is a strong demand for retail in the motorcycle clothing and accessory market. It seems there are many customers that still prefer being able to browse a range of products, or get face-to-face expert advice from a member of our team.

Could our stores do this without the web to back them up? Absolutely not. The website drives footfall to our stores via TOOB, which stands for 'try on or buy' - think 'click and collect' without the financial commitment. For this reason, they don't rely on attracting passing trade like a typical store. Everything you can buy online, you can also get in any of our stores for the same price, next-day, seven days a week. It's the omnichannel business model that many retail giants have failed to get right, and to their peril. We certainly haven't perfected it by any means, but we never stop trying.

It's a lot easier to innovate when you have no choice

I think it's fair to say that we were aware of inefficiencies throughout every part of the business before the pandemic started. There will always be things that can be improved. Whether your sales double, or fall off a cliff, it forces you to think and act quickly. We had to change processes and develop new ones almost overnight to prevent us drowning. If it had been a normal year in 2020, we would have certainly seen growth, but it wouldn't have driven the same step changes in the business. Thanks to these advances, we are now in much better shape to cope with whatever happens next, good or bad. If we see a surge in sales, we can handle the extra volume - if things don't go so well, we are far more streamlined so can keep costs down.

Whatever happens, somewhat perversely, we have Coronavirus to thank in some way. Be that as it may, we cannot be happy about a virus that has caused widespread destruction of people's livelihoods, countless family tragedies, and put our amazing NHS under immense pressure. Instead, we are simply grateful we were in a position to be able to respond, seize opportunities where they existed, and keep jobs safe. A successful outcome was certainly not a given, and it wasn't achieved because of a good website, or some 'secret sauce' - it was down to a bunch of extremely dedicated and hardworking individuals who rose to the challenge, held the fort in the absence of others, and absolutely did us proud.

We're always on the lookout for guest writers to contribute to Connected. If you're a leader in your industry, we'd love to hear your unique perspective on security. Get in touch to talk about how you can be involved.